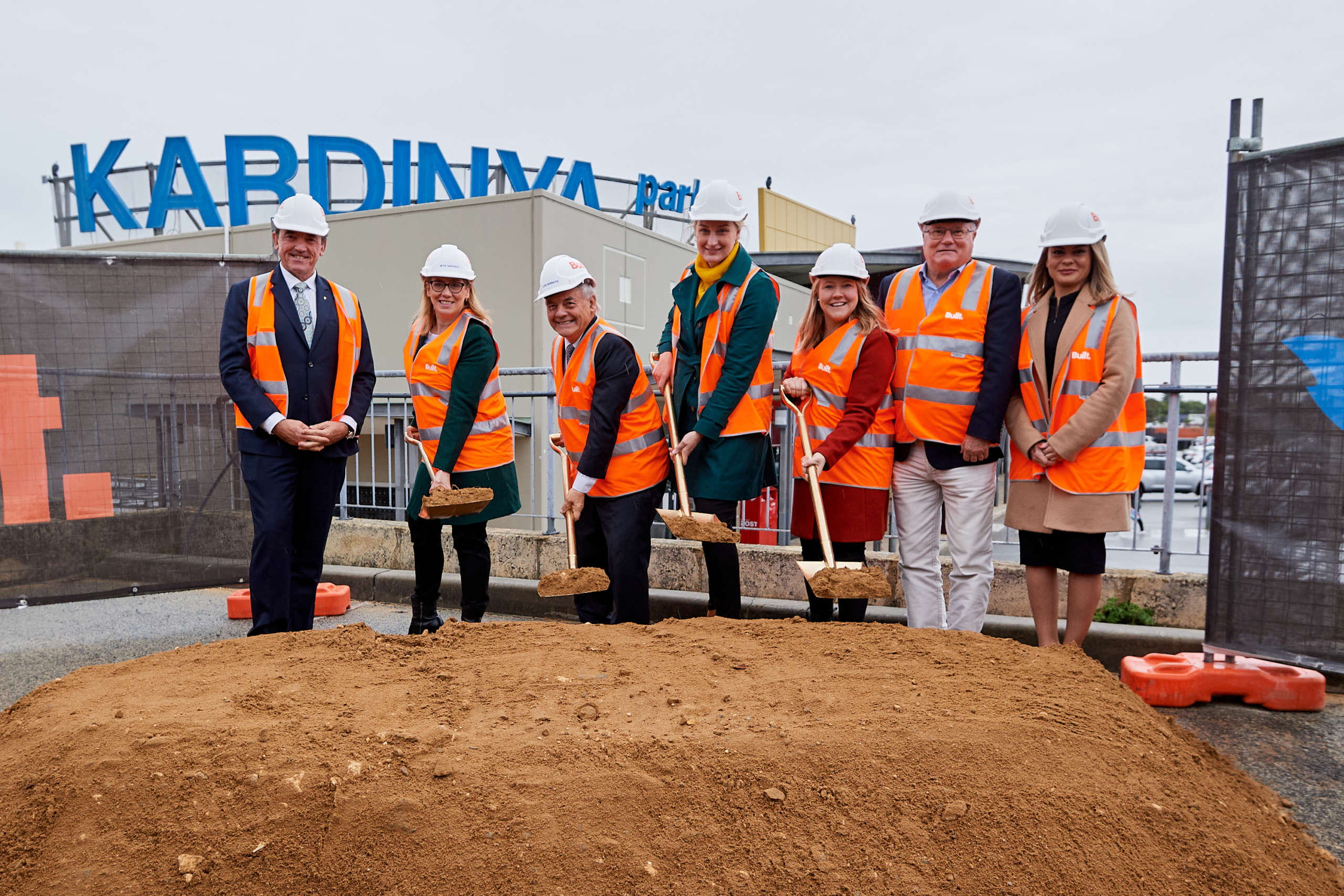 Ground was symbolically broken on the site of the new $100 million Kardinya Park Town Centre on June 9.

“It’s a timely opportunity for us to acknowledge a lot of hard work that’s been invested by a big team of people. I offer them a big ‘thank you’, particularly to those who have set us up for the future through their role in the substantial earthworks phase that’s now nearing completion.”

A number of business operators have signed early letters of intent to take up tenancy options within the new centre. They include anchor tenants and others offering personal services, fresh and health foods, and medical and optical services.

The completed Kardinya Park Town Centre will include a significant supermarket expansion, construction of a three-level 800-bay parking deck and premises for many fresh food retailers. A dining and entertainment precinct will be developed on the eastern portion of the site to include state-of-the-art cinemas and other entertainment. Residential apartments will be developed in the last stage.

“Our WA team have been working tirelessly for the last 12 months with Dato and the project consultants to be in a position to finally commence works. We have put our extensive planning and staging capabilities into the project to minimise disruption to the current retail tenants and customers while the complex works are undertaken and will be ensuring the highest quality and safety standards throughout the project,” Mr Stone said.